There is a grain of truth buried so deeply inside the “ridiculous” that you just have to laugh.

Instead of a meme, I’ll start out by saying that I was raised Methodist, but a very boring minister and 2 pedophiles in the church took care of that.

My children’s father was Jewish, and at one time I considered converting, but I can’t even convert right:  First, you have to find a synagogue.

Just before he died, their father asked me to raise both of our little sweethearts in the Jewish faith.

That’s not as easy as it sounds:  Orthodox and Conservative Judaism refused to recognize our children as Jewish, since lineage is determined through the mother.  I always thought that was strange, since they both looked exactly like their dad.

My religious belief, at present, is somewhere between OMG! and 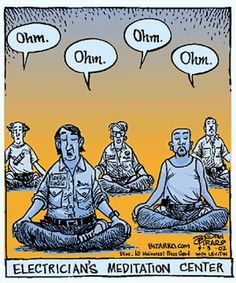 I may not be Jewish, but I have to admit I’m this kind of mom:

There is so much fodder for sarcasm in religion.

God only knows I appreciate my steaks rare and my sarcasm well-done.

The second runner up for sarcasm fodder has to be… 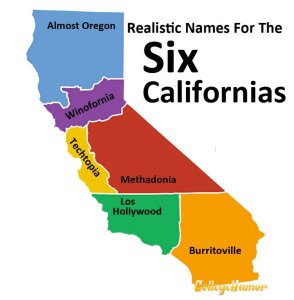 I lived in California for over 4 years, so I feel qualified to laugh at it.

The first 2 things I discovered when I moved to the bay area (aka Greater San Francisco) were these two gems:

Perhaps that’s why the road signs looked like someone with a degree in architecture put them together? 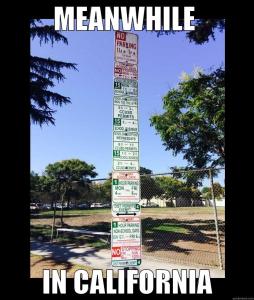 The 3rd thing I learned was never to sign up for a class without doing your research.  “Find the best job for you” turned out to be 2 middle-aged women dressed as hippies (in 1987) holding a small drum and a maraca.  We were told to lie down, listen to the music, and let the universe guide us to the right job.

Not one word about EDUCATION.  Yes, you can be a doctor without one — until you’re caught.

Thing #4 was this painful truth: 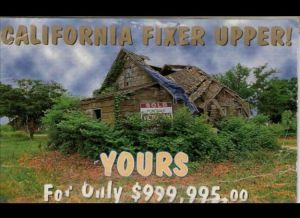 I will leave you with this senseless sarcasm gem: 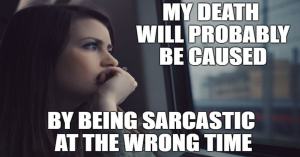 If you’re told tomorrow that I died from a lightning strike, you’ll know why.

It was the leprechaun’s fault.