I actually started this on Friday.  Now, it’s Monday, and I lost the original draft.

How did that happen?

Hell if I know.  Add it to the list of bad stuff that has happened to me in the past 5 months.

Anyway — the dogs stole my bed.  Again.  So I was wondering, “Has this happened to anyone else?”

The short answer is, “Yep.”

This is not my bed, but it certainly could be:

There’s still 7 inches of space on the left, and that’s where I’d sleep.

I started out with a only a few hundred pounds of dog in the year 2000.

Then, another doggie was dumped out in the country near my home, and another.

Then, the county dog pound was going to have to euthanize dogs if someone didn’t adopt a few, so we chose 3.

After that, the neighbor in the stilt house threatened to kill another neighbor’s dog, a loving chocolate lab puppy who was born under the stilt house and given to said neighbor when his son wanted a dog.  He liked to visit with his doggie friends who lived there.

Problem is, the son doesn’t live there, he just visits.  So…we took Mr. Chocolate-brown-lovey-eyes in.

Then, his son found yet another dog that had been hit by a car, and she had 8 puppies.  All but 3 were adopted.

Our good neighbor didn’t know what to do with the puppies, so he called the pound and another place in the countryside that usually takes puppies.  Both were full.

So…I adopted the puppies…who only wanted to be loved.

Then, the mama dog became fertile again.  I had to wait two weeks before getting her spayed — and she was pregnant with 13 (all the size of a pea when she was spayed).  After the mama dog spent a few weeks recuperating on my bed, there was NO WAY she was going back home again.

My bed, or sleeping under a mobile home?  Gee…that’s a (not) hard choice.

We lost a few doggies over time, from old age, and we gained a few more.  Now, we have an entire pack of neutered and spayed doggies that think they own the place.

If you’re wondering how it looks when I’m trying to sleep?  Multiply the dog on that guy’s chest “times 5.”

…and no, they’re not spoiled…much…

They expect dinner at a certain time, and they have 5 perpetually filled dry food bowls.

Yep, they saved me a spot, right on the edge of the bed.

Thankfully, I actually DO sleep on the floor, so there’s not much damage when I roll off the bed.

Would I be happier without them?

All one doggie has to do is look at me with those melty I-love-you eyes, and I’m theirs for life.

How do I deal with the trauma of so many in one house?

I walk softly and carry a big purse that says: 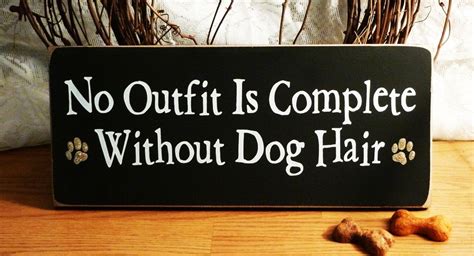