Yes, I know, I’ve been remiss and haven’t written a post in 3 days.

No doubt most people are saying, “Thanks, we needed that break.”

Let me explain exactly why ALL of us needed a hiatus.

I do around 200 implementation plans and around 200 annual reports each year for a non-profit agency that receives state funding.

Thursday, there were 9 implementation plans to send out.  Each plan has three to five pages that have to be printed front and back.  The main printer/scanner/fax/copy machine has a feeder, and a staple feature.  When it’s working well, I can make multiple copies of each plan in color, collated and beautifully stapled in under 20 minutes.

Thursday, it decided to let only one page through the feed, and not allow the remainder to go.  It meant copying one page (back and front) at a time, and hand-stapling three or four copies (sometimes five copies).  As you can imagine, a 20 minute job took about 2 hours.

Unfortunately, the repair people didn’t feel the same urgency as I did about fixing the problem.

On Friday, there were 8 annual reports that had to be completed, copied, and scanned.  The reports range from 10 to 80 pages each.

As a reminder, to those who didn’t read my post about it, I have laryngitis from pine pollen and a head that is spinning — when it doesn’t feel like it’s filled with concrete.  You can read about that here:

What you might not know is that a few weeks ago — and for no apparent reason — Lumbar number 5 decided it was time to have an inflamed nerve root.   You can read about that here:

Fortunately, my better half has a cure for that.  It’s called an “ice massage.”  Take an 8 oz styrofoam cup, fill it 2/3 with water, and let it freeze.  Then, use it on the victim’s back.  Start making a circular motion around the painful area.  As the ice melts, peel away the styrofoam.

At first, it feels like your back is stuck to an iceburg.  Then after your screams subside, your back, and the pain within, becomes numb when the inflammation is reduced.  I had at least 3 of those a day for the first week.  Now, I’m down to about one a week, but I always have an ice pack on my back…unless I’m walking.

“Why,” you might ask, “Would you put yourself through that kind of hell?”

Average of 24 reports per month.

That’s more money than I earn in an entire year!

True, not all months are like that.  Some months it may be half that much, some months a few thousand dollars more.

I’d already sent out 4 of the reports during the month.  The 8 annual reports that had to be out ON FRIDAY would have totaled at least $1400 pay back if they had to wait to be sent ONE DAY out of compliance.

You already know the printer in reception, that is also a scanner and fax, decided it wasn’t going to allow more than one page at a time to be copied, scanned or faxed.   It meant that I had to scan 8 documents (10 to 80 pages) on the scanner/printer/copier in my office.

The scanner in my office has the ability to take a professional looking document and skew every page just a little bit.  The scan quality is poor and there are times I have to do the scan all over again.  It takes at least 3 hours to scan documents that would have taken 20 – 30 minutes using the one in the reception area.

The lack of scan speed was bad enough.  But then I was horrified to discover there was one annual report that I hadn’t completed at all.  I’d remembered asking multiple times for staff to put it into a folder on the server where I could access it and thus work on it.
.
Usually a report takes between 2 to 4 hours to complete.  Fortunately, this one only took 1 hour, since the staff had  their part completed and the individual receiving the direct care service didn’t do much that year.
.
I had to track down an annual I’d sent out on 2/12/2021 asking for some missing dates, and for staff to complete their part of it. I received that one at around noon — just before my 12:00 appointment arrived for a 2 hour meeting.  It meant I had to complete that one after the meeting.
.
As meetings go, it wasn’t too bad, considering I had no fewer than 6 phone calls during the 2 hours we were trying to complete.  I won’t go into why he had to wait until the very last day, just that he had to leave the meeting several times to do other things.  While he was out of my office, I was working on the annual report that had arrived just before noon.
.
There were 6 phone calls during that crazy meeting — in fact there were more phone calls on that day than I’ve probably had in an entire year.   Murphy’s Law strikes again.
.
At around 3:00, the woman who is shadowing me for my job (which she will get the day I die)  finished the 2 annuals I had been asking for.
.
Yes, I had been asking about those annuals for the past 2 weeks.  She provided the signature pages. All I had to was review them, and then print out the rest of the report.
.
ALL — I repeat — all of the reports that had to go out on Friday were delivered to the right people via email!!!  Yay!!!
.
My voice was almost entirely gone, and my better half had to provide support so that I could walk to the door and hold onto something while he guided me to the bed so that I could sleep for 3 hours, but…
.
I DID IT! AND LIVED TO BLOG ABOUT IT!!!! 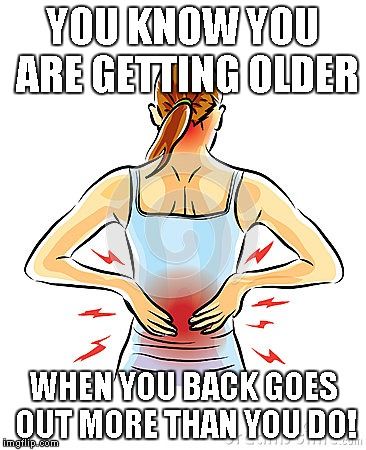