Things you learn when you have Tourette’s

This is not a “feel sorry for me” post, it’s to help others understand Tourette’s Syndrome from the vantage point of someone who has it.  Tourette’s is great teacher that continues to provide insights and develop inner strengths I wouldn’t have achieved without it.

Have you found your strengths and learned to live with your weaknesses, too?

I’d love to hear about your experiences. 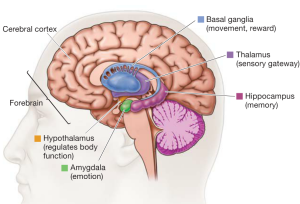 Tourette Syndrome is a reoccurring urge to make certain sounds or movements.  Doctor’s think it’s a glitch in the basal gaglia.

There should be a fitness program called Tourettersize. When your body starts a new tic, that area is sore for days, just like doing repetitive movements at a gym.

Before there were neurologists specializing in Tourette’s, there were doctors who made the problem worse.

Symptoms usually appear between the ages of 4 and 7.  I don’t remember when my symptoms began, just my mother’s quest to find a cure.

Among the false diagnoses were:

There are ways to circumvent it in social situations; like digging your fingernails into your thigh, squeezing the arms of a chair, or raising your legs in a chair underneath a conference room table and switching which leg is going to hold up the other one.

It isn’t common:   3-to-6 out of every 1,000 children have Tourette’s. Contrary to what I was told, Tourette’s doesn’t always get better.  From my experience, it gets worse as you age.

People think it’s a license to curse, but only 10% of people have coprolalia.

In the movie “What About Bob?” he said that Tourette’s was worse than death.  The 5 husbands I’ve had in my lifetime might disagree.  ☺

One of the tics I have is a movement of my left arm.  The forearms snaps upward toward the left shoulder.

If, by chance, there’s a computer mouse in my hand, it takes a dive toward the mousepad.  I don’t register that it’s happening, so on occasion the mouse ends up flying across the room. The only mouse that survives on my desk longer than a week is the Logitech wireless variety.

No, this isn’t an advertisement.  For a writer with Tourette’s, it’s a matter of survival knowing there’s a mouse that can withstand that kind of abuse for a year.

I’ve hear this question many times:  “Why don’t you just stop doing it?”

Tourette’s is like a pesky itch demanding to be scratched — every minute, hour, and day of your life.  The feeling is only eased by giving expression to a combination of motions (like grimaces and flinging your arm), grunts, puffing, and (on occasion) expletive-deleted’s.

It takes great effort to suppress a Tic that doesn’t want to take no for an answer.  When a person is doing an activity that takes intense focus (like surgery, playing a musical instrument, juggling…) the tics can take a back seat for a while, but…

When the tics return, it’s like they were stored up,  Ignore the urge and when the pattern of tics finally emerge, they come in volleys like machine gun bullets, so you’d better be in a bathroom stall or a locked room when it happens. 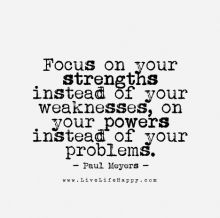 Find your strengths.  Learn from your weaknesses, and then help others with your knowledge.

As for my future?  I’m going to enjoy each day given to me, and I’ll be thankful for the gift of life until the day I take my last breath.

There is power in understanding, and every day we have in this world carries with it the potential to learn something new.

17 thoughts on “Things you learn when you have Tourette’s”