It’s usually stuff I’ve already looked up 50 times before but forgotten — like the length of time that creatures called Homo Sapiens have lived on this Earth.

The more that is uncovered about those who lived 7000 years ago, the greater our understanding that we weren’t mindless cave dwellers whose vocabulary consisted of, “Ugh.”

There were civilizations, and trade routes.

As of 2020, it is believed that Homo sapiens began 300,000 years ago during a time of great climate change.

My SciFi mind goes in more directions than the routes humans took to get from one continent to another. 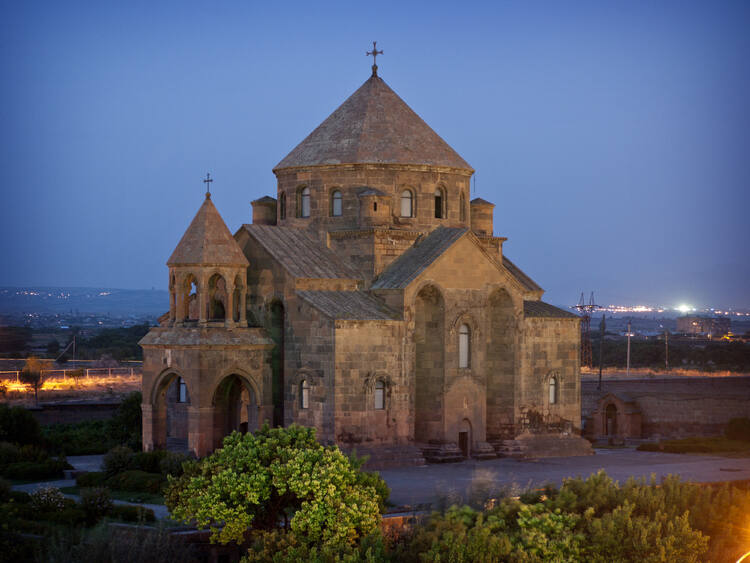 The Etchmiadzin cathedral built between 301 and 303 AD

You’ve probably noticed that cathedrals and pyramids survive for thousands of years, but modern buildings might not last 100.  We still don’t know who made the pyramids, how it was done, or why.

We don’t know how many times invaders tore down anything they didn’t like in an effort to re-imagine history.  Hey, we’re seeing it happen in our own time — all over the world.

And I wonder what keeps me up at night?