Senseless “what day is it?” Sarcasm : You have to wonder

Could life get any better? 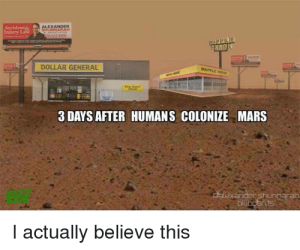 I love shopping in a place where you don’t have to dress up.

We were at DG’s front door by 7:30 in the morning and only 4 people were in the entire store, including check-out and the two of us.

The paper towels, cat treats, air freshener — and other mundane items like food — were divided into two separate baskets within 15 minutes.

I lost this unofficial contest.  The total in my basket after tax was $21.28.

But we still had 1 more coupon to use.

No problem!  The Dollar General 5 miles down the road had just been remodeled, so we zipped to the east as fast as our 1989 Jeep Cherokee could take us.

What new and different things would we find there? 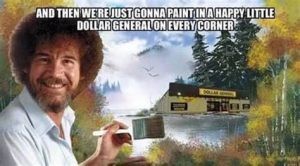 That DG doesn’t open until 8:00, so we had to wait 3 minutes.  We grabbed one of those horrid yellow buggies and proceeded down each aisle.

Until we arrived at the snack section.

There, in all its blazing glory, was the very worst thing for my light sensitive eyes to endure.

Someone without a brain had added additional fluorescent lights

just above the shelves

so that no one would miss the giant bags of potato chips.

Unfortunately, my eyes failed to miss the fluorescent lights, and “dizzy” followed me all the way home.

Dizzy turned into pin pricks on the eye.  The pin pricks wanted to have a party so the right side of my head became their balloon. Before I knew it, I was chugging prescription migraine meds and numbing my brain with an ice pack.

It’s Tuesday evening, and I no longer feel like this:

I’ve now graduated to this level:

You have to wonder why any store with a brain would light up the snack section when the rest of them simply do this:

One would think that people living in the woods of North Florida couldn’t read.

12 thoughts on “Senseless “what day is it?” Sarcasm : You have to wonder”