We humans are a strange lot.    We ask for “the numbers.”  We say we want scientific evidence.  We have two doctors who have told us the science and run the numbers on C O V I D-19.  They were banned from social media for not agreeing with WHO.

How often has WHO been wrong?

Well, WHO has been wrong before, and within the last 5 months. 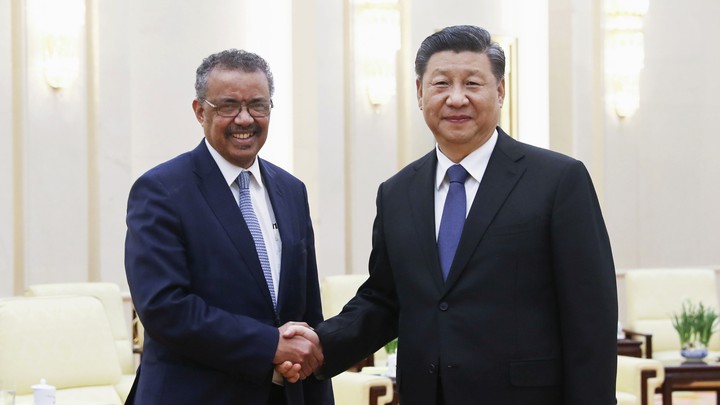 According to an article in The Atlantic:  “In January, WHO Director-General Tedros Adhanom Ghebreyesus met with China’s Xi Jinping and praised his containment of the coronavirus—even after China allowed it to spread unchecked in its crucial early stages.”

I’m all about getting to the facts, but when social media ignores the facts and tells us what to think, there’s something wrong with this picture.

Whatever happened to critical thinking?  Are we so unable to think for ourselves that social media has to call a dissenting opinion “misinformation” and delete it?

At one time, this was considered true.

People with lung cancer, throat cancer, and yellow teeth might disagree, but there are people who have smoked for 90 years and are still alive.  I suppose it means that sometimes it’s true that smoking causes cancer, and sometimes it isn’t.

In the real world, would  this merit the “partly false” fact check message I keep seeing on information social media sites don’t agree with?

If something is partly false, is it possible that it’s mostly true?

Meanwhile, there’s a giant Asian hornet invading the USA that can decapitate honeybees and use their little bee bodies to feed the young.

What?  No outcry about the murder of bees who pollinate our food?

How about a wasp stinger that carries potent venom, can puncture a beekeeping suit  and feels like hot metal driving into the skin?

Besides the fact we’ll all starve to death without bees,  will a stinger the size of a sword get people’s attention?

If faced with a choice between a nest of these things and C O V I D-19, I think I’ll take my chances with the coronavirus.

There’s speculation the bee killers and dispensers of unimaginable pain were brought here by someone who likes to eat them.  Yes, people cultivate these monsters as a food source.

That’s as logical as bringing kudzu into the USA to prevent soil erosion.

Kudzu was introduced in the USA to prevent soil erosion.

Below, you can see how well that turned out.

Since we don’t eat Kudzu flour, drink tea made from it, or have the natural predators that will eat it, we did something as equally ignorant as bringing in Kudzu.

We brought in the bugs to eat it which, by the way, have a voracious appetite.

They also like soybeans, lima beans, blackeyed peas, and alfalfa.  What could go wrong?

They don’t bite, but they’ll swarm into your house for the winter.

Did I mention they fly, and they stink?  No?

There’s only one thing with worse behavior than Kudzu and giant wasps combined.  No, it’s not the cockroach, but you’re close.

Good grief, we can’t even teach our children how to spell!

All I can say is that it’s a good thing humans weren’t born with stingers, or we’d all be in trouble.

With 8 billion people in the world, we’re probably more like Kudzu.