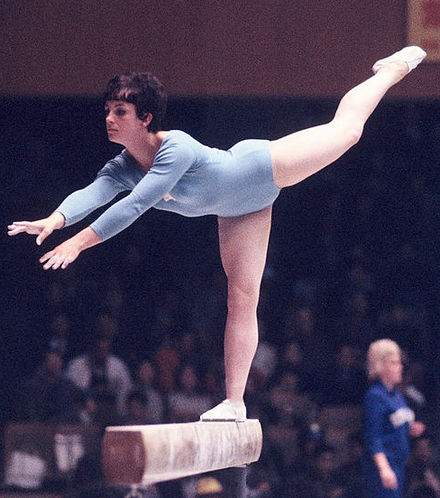 Yes, this is what gymnasts wore when dinosaurs roamed the Earth and we still lived in caves.

Having parents living at the poverty line — and the athletic ability of a land turtle — that wasn’t going to happen.

At the age of 22, I wanted to be an ice skater, but…Olga Korbut! The dream of being a gymnast didn’t want to die.

I’ve been doing so well at Yoga, being a gymnast crept into my daydreams again.  I’ve fallen and easily bounced back upward,  many times, to the amazement of others.

I thought, “If I start taking lessons now, I can compete in the senior Olympics within a few years.” 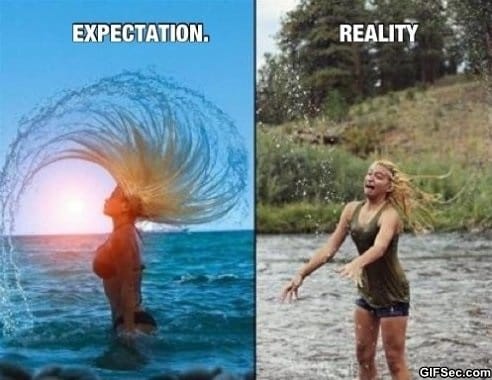 Well…this morning I bent down and, although I’ve done the same thing a million times, the odds were a million to one that something was going to give.

For the foreseeable future, I won’t even be able to do simple yoga moves like this one: 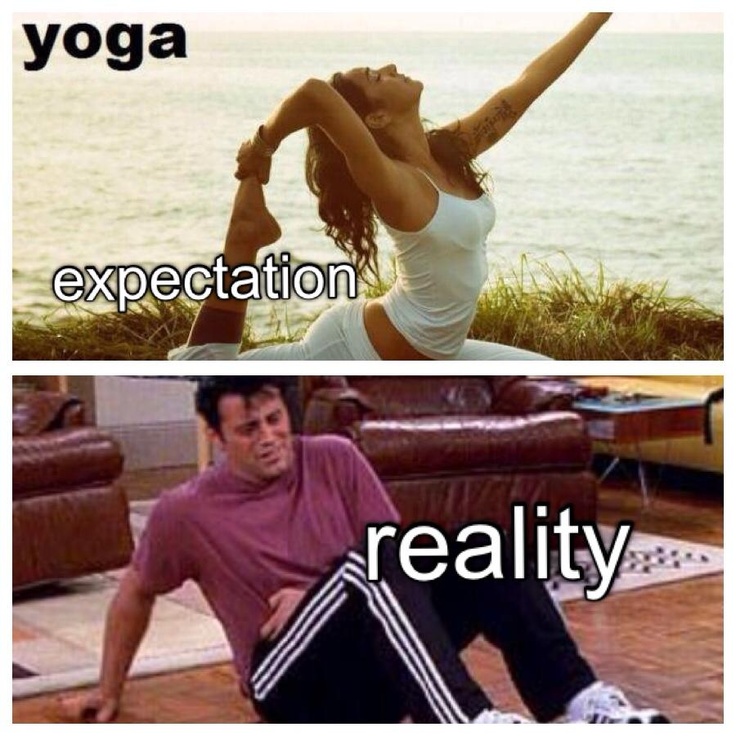 Yes, one wrong move and I went from invincible to vincible in 4 seconds. 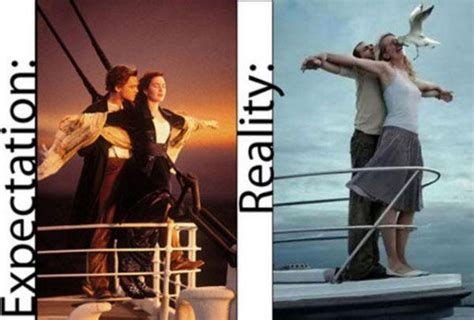 The difference between being on a movie set and reality.

I suppose if I’m the only person in a nursing home 30 years from now who can still do a yoga headstand; that’s good enough,