During this foray into grocery store faux pas, I won’t include Wal-Mart or the McD’s lurking inside it.  That’s a different animal altogether.

We shop on Saturday at Dollar General, where we use our  $5 off $25 coupon.

I kept asking a guy who was standing in the center of the aisle to move.

He stood…and stood…and he wouldn’t budge until I yelled out, “EXCUSE ME!”

Then he looked at me as if to say, “This is MY store and I’ll move when I want to.”

He should’ve bought a t-shirt that said, “I’m an arrogant B@$tard and have no manners.”  I  might have backed away to travel up one aisle then down the other for the item I needed that was 3 feet away from him.

Worse yet, most of the aisles looked like this:

There were pallets of $1.25 per dozen eggs in the fridge section and NO eggs where we could get to them.

When, 20 minutes later, we couldn’t find half the stuff on our list, we put back the 4 items we were able to find:  2 boxes of plastic bags, and two onions in a plastic bag.

Considering the fact that I would rather be shopping at Dollar General than itemizing taxes, I agreed.

At 6:00 pm, the store was almost empty of people, the aisles were filled with products and the shoppers were civilized.  It took an entire 10 minutes to locate EVERYTHING on the list, including onions still in the plastic bag.

Yes, there was one problem.  The cashier forgot to pack my onions.

On a list of first world problems, that one is ranked slightly below a hangnail.

I suppose life could be worse: 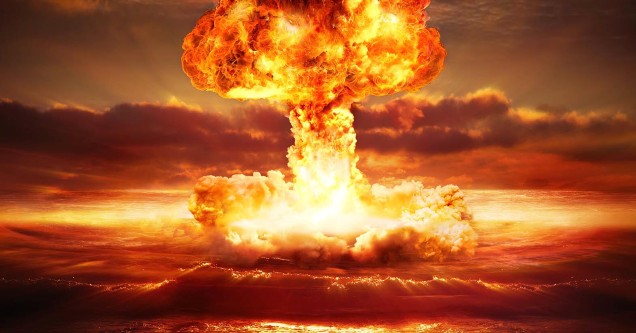 If there’s a World War III, losing our onions at Dollar General would be the least of our worries.