I can’t think of God as male or female, but as a giant blob of all-there-is that knows no time or space.

Is God a celestial couch potato in need of additional energy to power a universe?

Does the friction between humans (and other animals) add to a mass of energy needed to power a universe?

The act of childbirth creates enough energy to power our entire solar system. 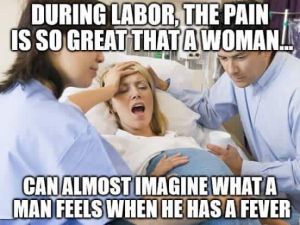 If you’ve never had children exiting your body through the same canal in which they were conceived, imagine the cramps you had when you accidently mistook that bar of Ex-lax for chocolate.

Then imagine there’s someone trying to rip your spine out at the same time. 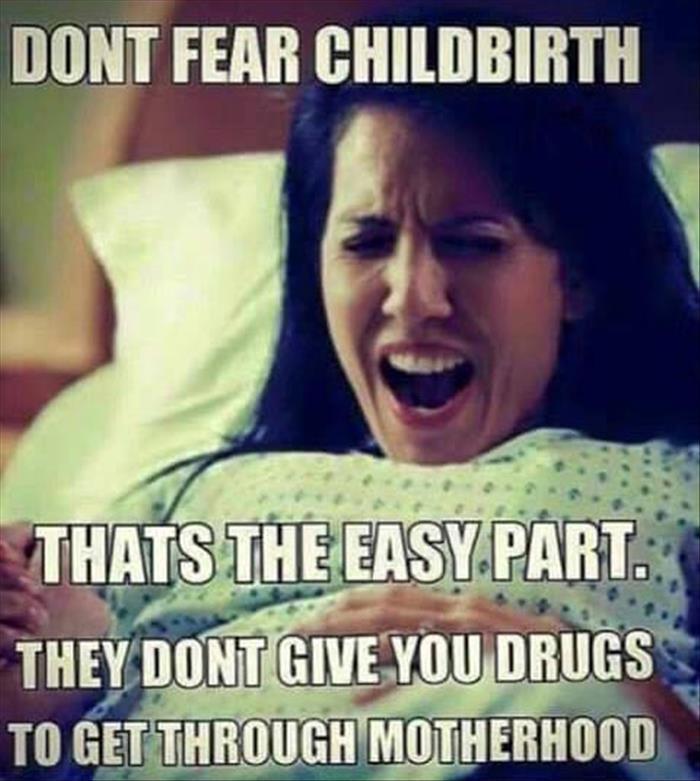 What kind of God makes a man’s upper body stronger?

Perhaps God expected men to grow a pair and use that strength to protect their families?  What a novel concept!  Too bad that in many parts of the world, there are people who believe that it takes two women to equal one man.

Aren’t 8 billion people in the world more than enough?

Isn’t it more humane, and efficient, to have one body that impregnates itself?  There would be no man to take what he wants and walk away, or imprison a woman so that he can farm children through her.

Hmmm…That might be the reason God invented poison.  It’s been used by women for centuries to get rid of unwanted husbands.

I asked God once why life was so unfair.  I was given a cloud. 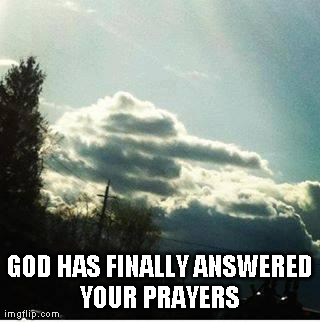 Somehow, this makes the following perception of God seem preferable. 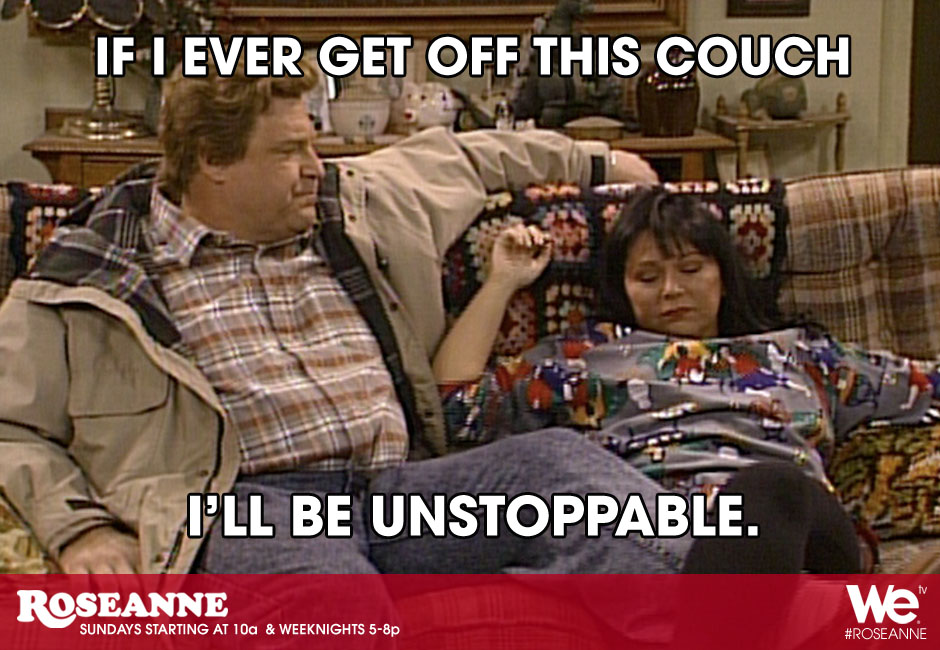 I’m fortunate to be alive, with all the mistakes I’ve made in life.  Then again, the truth might be closer to this: 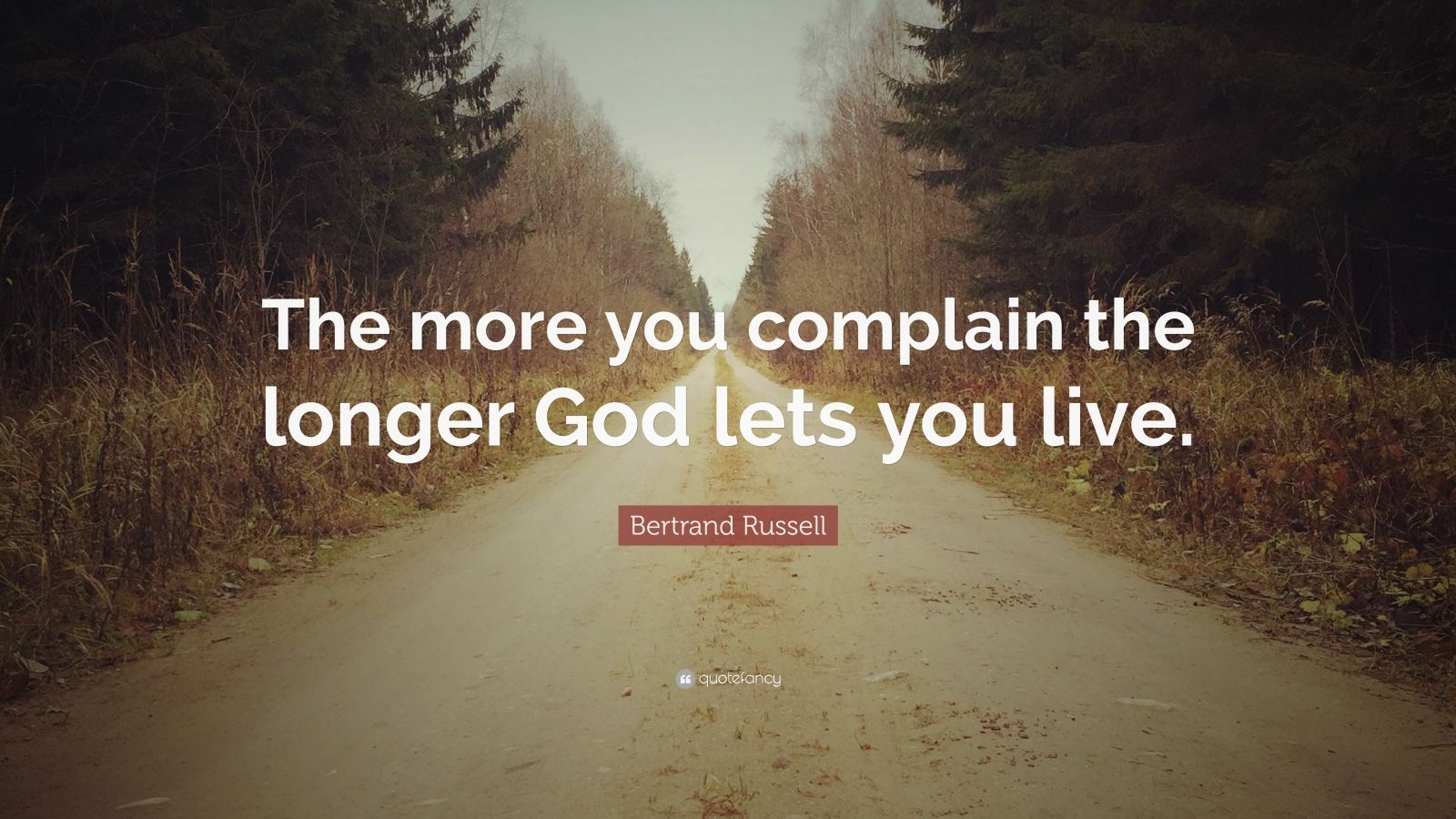 Yes.  I’ve been down that road before and keep getting on it again.

I’d say, “Pray for me,” but I know better.  What you think you’ll get isn’t what’s handed to you.

Every time I pray, I get another one of these:

When you live with 6 fiesty mutts and 2 irreverent cats, they have all the energy.