Tonight, I had the privilege of burning cookies.  Not that I wanted to, but when you start a game of Spider Solitaire you sorta lose track of time.

It might have helped if I’d used the light brown sugar instead of dark, and if I hadn’t used that Dollar Store peanut butter.  Did you know that cheap peanut butter has molasses in it?

Maybe that’s why my cookies tasted like mole asses.  Since I don’t know what the rear end of a mole tastes like, nor do I want to, I’m simply guessing. 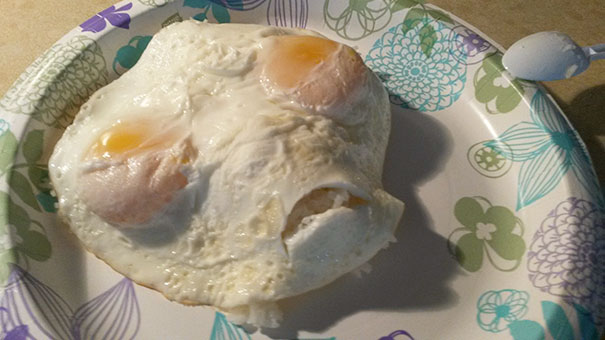 The eggs used to make these cookies are either appalled…or dead.

I thought about giving the crispy little orbs to my dogs, but there’s a warning on the label…

…written with CAPITAL LETTERS and in BOLD.

I suppose if you’re selling this stuff in a cheap dollar store, having peanuts as one of the ingredients might be considered odd.

But I do have my talents.  I can burn the ingredients first and then burn the cookies.

Yes–and I can make them look like they’re not burned.

The extra dark brown sugar was in the freezer and hard as granite.  So…I melted some butter in a small pot and let it soak into the sugar so I could stir it.  Unfortunately, I’d turned the fire down to low, not off.

After scraping the bottom so that I could turn the sugar over, and letting it sit another 15 minutes (with the stove off), it was soft enough to melt the peanut butter, which had been in the refrigerator. 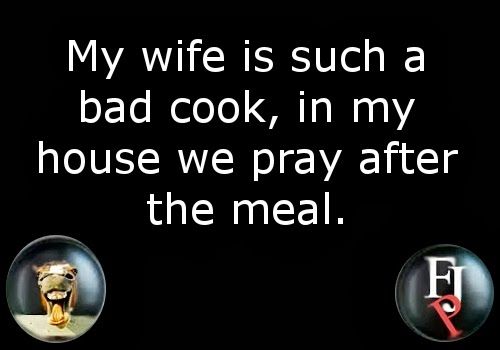 Hubby would have this on my kitchen door as a warning, but he cooks his own food.

I’ll be playing scrabble tomorrow and considered taking one to my SIL, but I’m afraid she’ll keel over.

I don’t want her to die laughing.