I just made the BEST key lime pie.

Throw the zest and eggs into a blender.  Open the cans of sweetened condensed milk in until blended, then throw in the juice.

Pour mixture into the pie shells as high as it will go without running over the sides and cook for 20 – 30 minutes  I suggest having the pie pans on a cookie sheet before putting them in the oven.

Did I mention that I cook without following a recipe?

There’s always some of the filling left over, so I throw in a few eggs, more lime juice and zest,  some coconut oil and a cup or so of sugar into the blender.  Then I  put the mixture into a mixing bowl and throw in some flour.

When I say “throw in,” I mean just that.

You can ask my sister-in-law how the results taste.

Generally, my cooking resembles this:

The dogs and I will eat it anyway.  It’s amazing what salt, butter and Parmesan cheese can hide in large enough quantities.

My clothing (and my kitchen) generally resembles this when I’m cooking — although I’m thinner and have better hair. 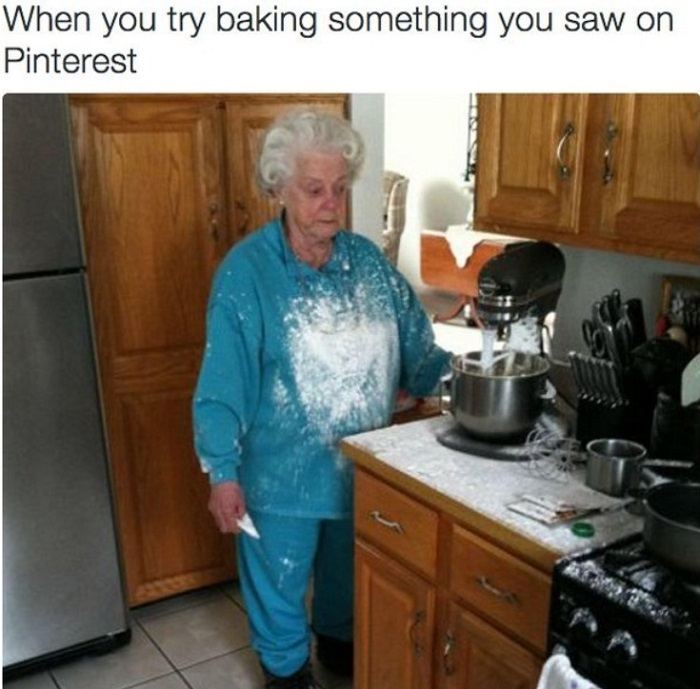 When I gave you the recipe for key lime pie, I didn’t remember to tell you this:  Attach the lid to the blender before turning it on.  Some people wouldn’t remember that and you’d find your cabinets covered with a substance resembling caulking infused with superglue.

It’s like the disclaimer on the hairdryer that says, “Do not use in the shower.”  You can’t assume people have the mental wherewithall to know this.

My cat helps me cook.  It doubles the number of times I have to wash hands, pots, and pans for 2 reasons: 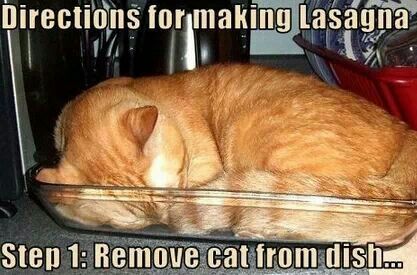 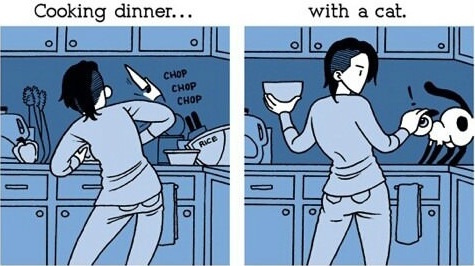 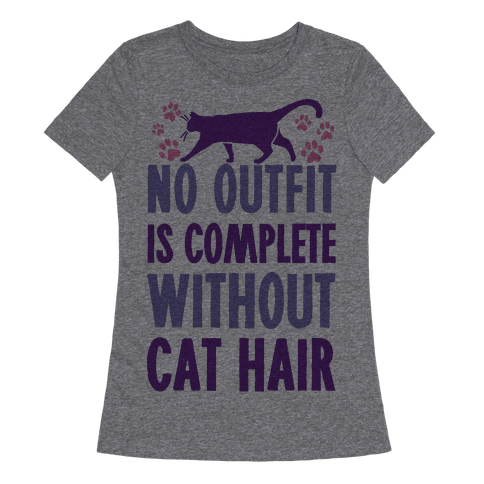 But this I can do without: 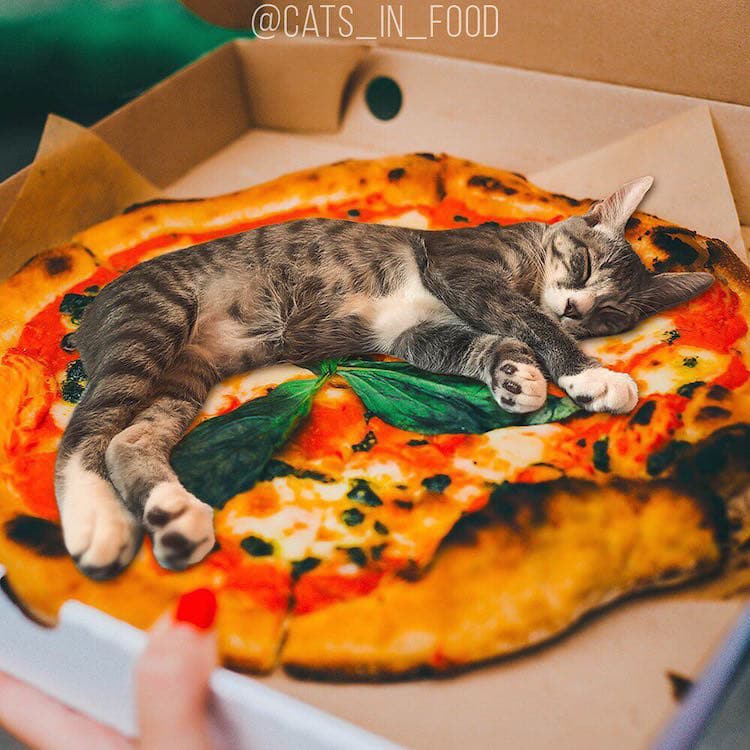