In case you’re wondering — I’d rather be writing.

Except that I am writing — on my blog.  That, however, is not the same as writing a book.   People like to curl up next to their book, their dog, and sometimes a person.

Dogs are great, but people come with too much baggage.  There are days when I’d rather have my cat draw blood, as he claws my neck to say he loves me, than answer the question, “Was that good for you, too?”

I wasn’t always like this.  I used to be a feminist, when it was about equal pay for equal work.

If you have never lived in a time where it was considered okay to say things about a woman in front of her like, “Bend over so I can see what’s under your dress,” you wouldn’t understand.

Yes, that happened to me.  I married him and then he died.

But that’s not the point. 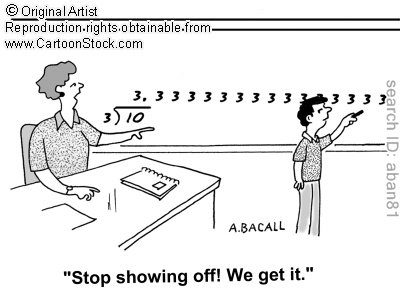 There has always been division, whether by the size of your nose, the hue of your human, or the placement of your sex organs — among other trivialities.

Did you know that if you type “Division” into the search engine, most of the memes refer to a video game?

Dear Lord of the Mosquitoes, isn’t it enough that the D@mnable word is used in math, too?

There are military divisions, corporate divisions, and sports divisions, but most of those get along. When it comes to politics, there was less division in America during the civil war.  Not that Canada is immune: 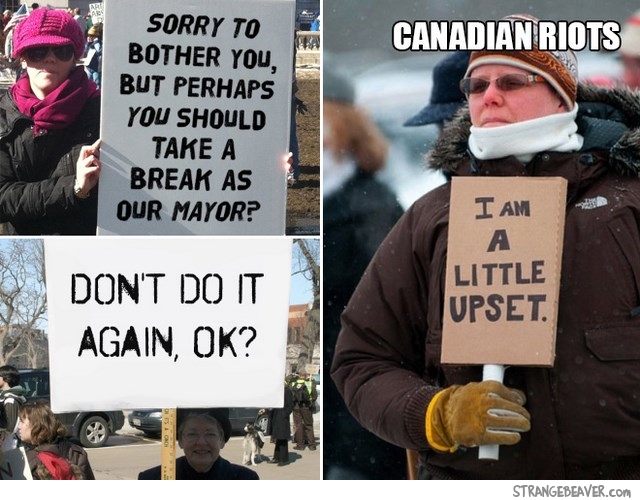 But these are the worst kind of dissidents!  Aren’t Canadians allowed to be grumpy? 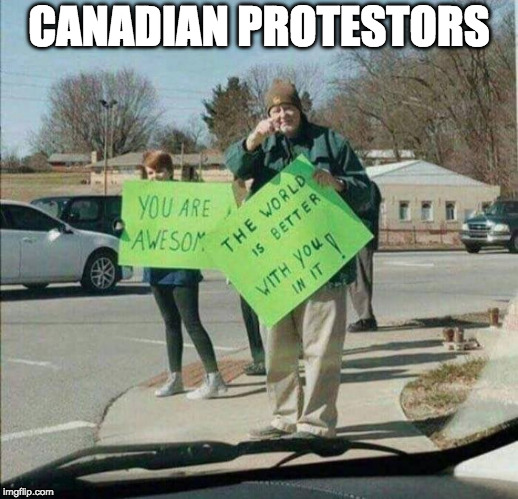 If other planets judged Earth by our movies, we’d be the celestial version of a zoo for the universe.

I can imagine fleets of star ships taking low-level personnel wanting a cheap vacation to watch as they dare the savage humans to chase them — sort of like the kiddie ride section of a theme park.

I can hear one of them yelling out, “Oooh…look at that primitive vessel thinking it can catch us.   Oooh…look how the savages live!  Where are all the Terminators?”

That’s when the ship swoops down to watch Hong Kong during a riot.

“Daddy, why do they kill their own?”  A child asks.

“They’re fighting over which lipstick to wear,” Dad replies.

“I thought it was over WHO wears the lipstick,” one of the other passengers replies.

In the background a virtual guide drones on and on about the pyramids as the starship flies over them. “…and the stupid humans think they’re looking at tombs!”

A toddler strapped in next to her mother asks, “Don’t they know what a power source looks like?”

There you have it, the horrible truth!  We are to other sentient species as the crocodile is to us.

If crocodiles had jet fighters.

If you believe that, here’s the real reason dinosaurs became extinct:

That’s it.  I’ve had enough fun with aliens…for now.