Yes, I know.  I missed Sunday.  I’m woman enough to admit that I screwed up.

I found this meme on another social site

It is oh too true.

I was among the fortunate, graduating with no student loans.  I needed assistance with text books on cassette tape (so I could remember what I’d read), and extra time to take tests.

Since I had a disability that presented a barrier to employment, Vocational Rehabilitation paid for my college education.

When I achieved a B.S. degree, I was so proud!

Here’s where the sarcasm comes in:  Once I graduated, the only job I could find was as a guide, reader, notetaker and driver for a blind vocational rehabilitation counselor.  There were so many people wanting to be VR counselors that the ones with master’s degrees were first in line.

It helped that I wasn’t the one who had to remember what I read, so it was all good.

I had to take Algebra 2 in college as part of the curriculum.  Fortunately, I had already learned how to balance a checkbook and pay taxes, through the school of hard knocks.

But what about the 18 – 20 crowd who don’t know that taxes, and insurance take 1/3 of your paycheck and think that getting a degree in political correctness will pay the bills? 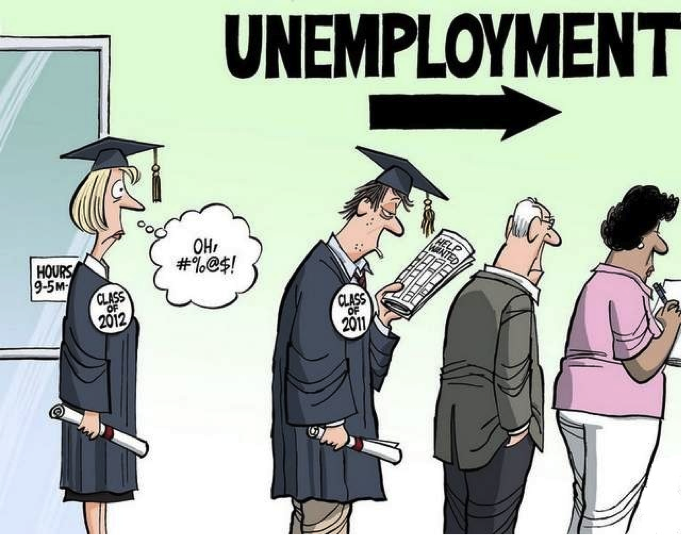 A few years later, I was happy to find a job I loved as a coordinator.  Had I landed a job as a VR counselor, I would have been among the thousands forced to get a master’s degree to keep their job.

Did I mention that people in VR work for the government?

Think about it:  People with 20 years of experience were forced to get a Master’s degree or lose their jobs to inexperienced people just out of school. 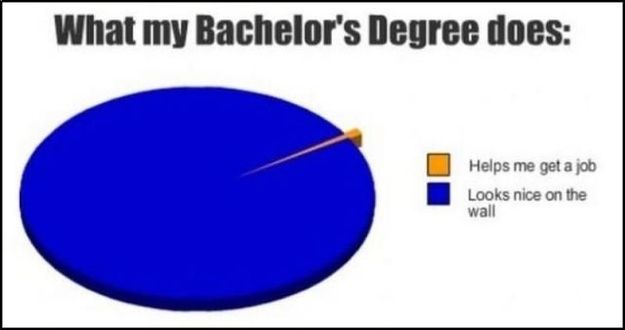 The government’s mantra is an oxymoron:

How about criminalizing a bad education?  Why isn’t it extortion to take money from people, push them through a college meat grinder, and watch as they become employment hamburger?

← What is love?
A few gems found elsewhere →