But it’s not about their sainthood.

Would I love to step back in time and take a walk with my parents?

But I had to live with them after divorcing my first husband and vowed I would never spend two years being treated as if I were 14 again.

Father’s day, and Mother’s day, are not about the mistakes they made, or the fact that all parents look at their children as if they’re 14 for the remainder of their lives, but about the effort they put into being parents.

When we were children, my father said (and I paraphrase):  Black people deserve the same equality as white people, but I wouldn’t want my daughter to marry one.

When my daughter was born, my father asked:  “Why can’t you have one with blond hair and blue eyes?”

Before you go off on a “racist” tantrum, my definition of racism is fractionalizing the human race into colors and then telling one group they owe another one something.

He didn’t know at that time that 1% of our genome was Cameroon/Bantu People and another 1% was Native American.  I don’t think he would have cared, either.  For once he loved you, there was no turning back.

My father had a 5th grade education due to the fact that my grandfather threatened his teacher with a knife for giving dad a pair of shoes — in winter.  Dad was no longer welcome in school.

Dad’s great grandfather came over from Ireland on a boat with 13 children to escape genocide.

Did you know that Irish people were sold as slaves around the same time as people from Africa?

From:  The Irish Slave Trade — The Forgotten “White” Slaves.”

It seems that enslaving the Irish wasn’t good enough. My father’s roots were from a time when the political powers-that-be, faced with a glut of Irish in America, saw the potential for those of African backgrounds to side against them with those of Irish background who were running from British politicians wanting to exterminate the Irish “race.”

Dad (at left), an amatuer boxer in the military

There are politicians today who don’t want you to look behind the curtain to see the truth:  Every continent has had slaves and been enslaved.  People want to rewrite history, tear down statues of our founders, or anything that “hurts their feelings.”

When I think of Father’s Day,

I don’t look at my father’s WORDS.

I look at my father’s ACTIONS.

He never treated any man or woman differently.  He was very polite.  Well…there was one exception:  He had no use for people from New York City who came to live in south Florida.  When I asked him why, he said they treated him, and his family, like dirt.

My father was rarely home;

he worked two jobs to support his family.

One of those jobs, on rare occasion, was at the tables in a bar when he played poker for extra money.  He could “count cards” and often arrived home with $50 Or $100 extra dollars.

He had his own moving company during a time where you could have one truck, hire your brother or cousin as a helper, and not own a fleet.   His truck was parked in front of our house (you can see it behind the picture of my sister and me).

One woman from New York City refused to give him a tip.   Well, dear readers, when you’ve just carried a piano up 3 flights of stairs on your back in the middle of summer in South Florida, you’re going to stink.   And she didn’t like the fact that his presence stank up her home.

I rewarded my father’s hard work and sacrifices by marrying someone from New York City and having two children.

My children remember the times he played with them, and gave them hugs and kisses.  They remember the “horsie” rides, and his smiles when they giggled as he walked with the extra weight of two children clinging to his legs.

I saw my father cry one time in his life.  I was getting ready to go to college and mom had been running around with me to stores so that I could find just the right luggage.

She was exhausted, but I had all the energy in the world and didn’t care.

I learned later that my father often walked her to the bathroom in the middle of the night because she tended to pass out on the way there. 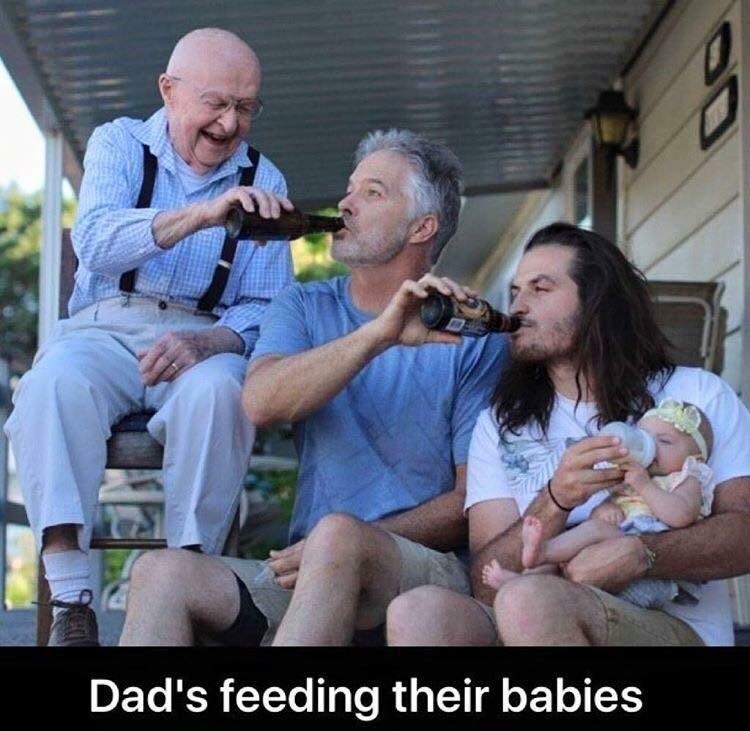 That night, she tried to walk to the bathroom alone.

The sound of her skull hitting the concrete floor sounded like a wrecking ball hitting a building.  She was bleeding out of one ear and it look like her skull was cracked.

I rode with him to the emergency room behind the ambulance.  As we sat in the ICU with mom, tears rolled down the eyes of a man who could not live without the woman he loved.

My dad would have loved this meme of dad’s feeding their “babies.”  He wasn’t a drinker, but loved to have a beer with his steak.

When my second husband was dying, and my in-laws were being horrible to me, my parents watched my children (ages 5 and 7), and he listened as I cried.  I don’t remember the words we said, just his gentle voice, his kindness, and his unwavering support.

He died, just a few days shy of his 76th birthday, from the toll it took on his heart to move pianos up several flights of stairs for ungrateful people.