I’m writing this from work during my lunch minute.

Nothing destroys your plans as effectively as lightning striking your DSL line.

There was one small dot of cloud cover and most of it was over my house, but that cloud cover threw lightning all around.

The Fat White Dog managed to hide under an office chair.  I have a picture of that and will post it as soon as I can download it from the camera (possibly tomorrow).

While I snoozed, hubby did a thorough check (with electronic thingies), to see what worked and what didn’t.  The phone line worked, but my phone was toast.  Well…in retrospect, better the phone fry than the computer die.

I called the phone/internet company (that just raised my rates by $20 a month this year) at 6:30am to report the issue and was told by the artificially unintelligent answering system that I had to call during business hours.  So, I called at 7:05 am and surprise, surprise, surprise (my apologies to Gomer Pyle), the recording had a link to repair and technical services.

I had to ask the nice lady on the customer intercept line to repeat what she said — Every single time!  She had such a thick foreign accent that I wondered if the call was being routed to India.  And then I recognized that particular accent:  South Florida. 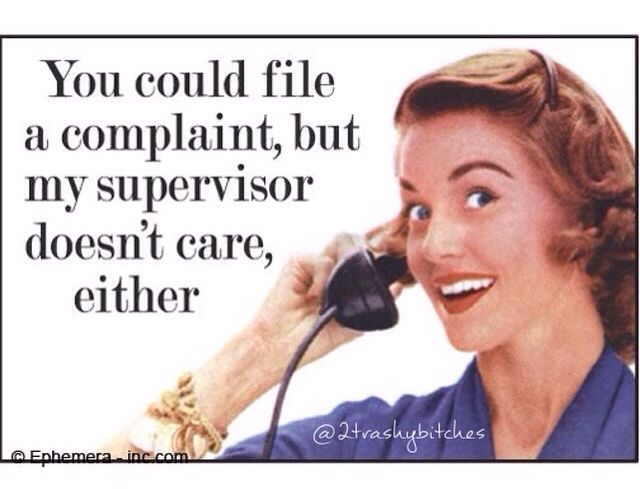 And so, I proceeded to explain the problem.  I was calling on my phone line, but the DSL was down.  Immediately, she tried to sell me a new modem.

Nope.  Not going to go there.

Ever wonder if someone is reading from a script? Try interrupting a customer service person intent on reciting, “Have you tried unplugging the computer and plugging it in again?”  This was followed by, “Have you checked your modem?”

“I wanted to say, “The one that’s fried?”  But then, I’d have another round of “Nope not going to go there,” and this time I’d say, “We don’t want one of their %*$&ing substandard modems.”  I’m sure there’s a 5-minute monologue for that answer.

After I explained for the 4th time that the problem was at their box and not on my property, and I had to immediately leave for work, she finally stopped asking me questions I wasn’t going to answer.

Bottom line:  “The technician will be out sometime tomorrow to see if he has to come inside the house to fix the problem.”

Without the internet, I might have to do housework until it’s working.

Then again…I’ve written 25,000 words on a book so far.  Might as well spend the evening writing a few thousand more.