Did you know that epic movies — the ones made decades ago — had an intermission?

When “Titanic” circulated the theaters, my daughter and I sat through the entire thing.

At the end she was slow to arise.

I asked what she thought of watching fictional characters meet again in Titanic Heaven and she replied, “I think my butt’s numb.”

You would’ve had to be there, to hear the delivery of that line; then you’d know why I laughed my eyes out after she’d said it.

There was a reason for an “Intermission.” It prevented people from falling asleep mid-movie.  After all. who wants to hear some guy snore through that poignant moment when Jack sinks below the surface?

I suppose it could be argued that a worse fate awaited movies in the future.

Anyone with a smart phone can watch Titanic sink on the small screen — while sending the remains of yesterday’s meal down the drain. 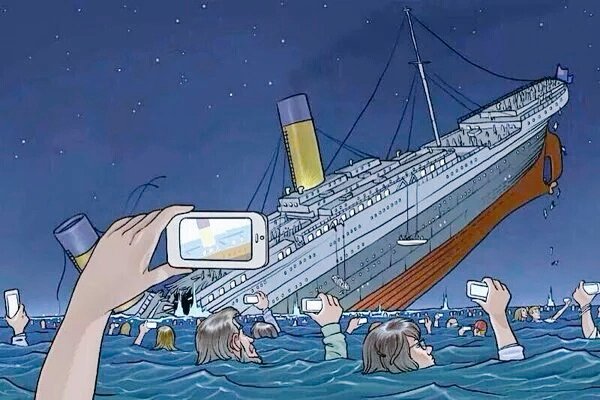 No need for an intermission:  Instead of reading a magazine, you can take the Titanic into the toilet with you and continue watching it sink while your butt is comfortably cuddled on a well-padded throne.

That’s the problem with life these days —

no one remembers the importance of a good intermission.

Nor does anyone remember why your escape from the theater was timed a minute before the curtain fell.

Life has intermissions, too.  I’m presently living inside one.

I didn’t have the good sense to plan for this travesty, though I knew what was coming.  It took a near fall, and the quick reflexes of someone used to catching uncoordinated people who don’t watch where they’re going, to see the curtain coming down.

I feel like #29 lining the hallways just outside the ladies room, crossing my legs to prevent an accident, and wondering if I can claim to be male for the next 10 minutes in order to use their lineless facility.

Now for the English translation:  Writing is at a stand-still, except for blogging therapy.

If my stellar ship has to go down because I didn’t have the good sense to avoid one of life’s icebergs, you’re going to know about it.

When did I know it was time for one of life’s intermissions?

After finishing the second read-through of a book draft, I made the fateful decision that everyone should die a miserable and pointless death. 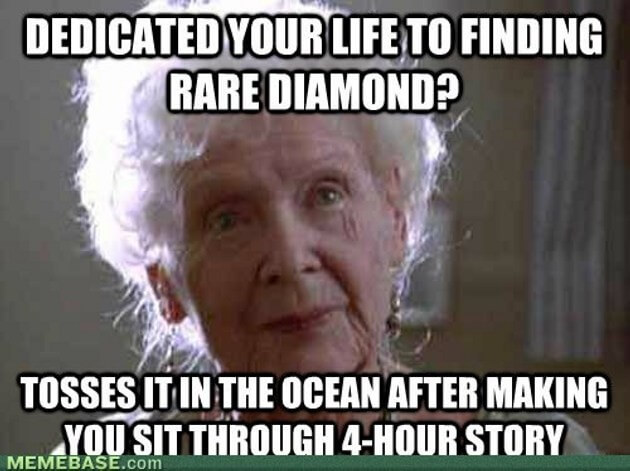 No one wants to leave the theater wondering why they bothered to waste time expending that much emotional energy over an unsatisfying outcome.

Be honest!  Who didn’t want to see the old lady hand the necklace to her granddaughter instead?

You….the one in the corner…stop snoring!