Words to eat by

I tell people, “Never give up.”

I’d eat those words, but I’m just too stubborn to give up.

Actually, I’d eat just about anything edible right now, if I could.

My definition of edible:  It stays in the stomach.

You’ve heard of Ensure?  It’s a food supplement in a plastic bottle, an acquired taste that makes you wish you were tube fed.  But I’ve found ways to make it “edible.” 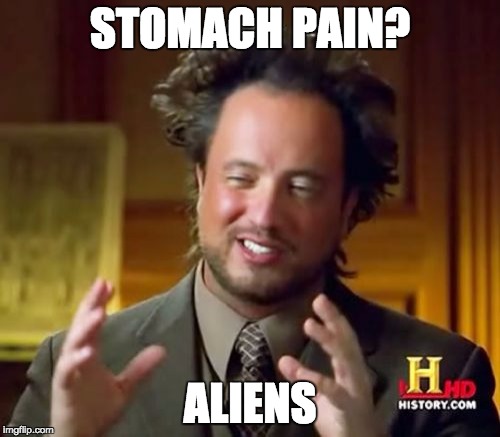 Why am I on a food supplement diet?  Gastroparesis:  The ultimate weight loss program.

This particular foray into stomach hell could have been avoided had I not believed, unwisely, that just because I could get away with Pizza, chocolate, and salad for a short time the problem was gone.

After all, my mind is invincible.

Look at it this way:  I’m still alive and it isn’t going to kill me.  I’ll just be drinking the stuff until I can see my gastroenterologist in March.

Why March?  It was the earliest appointment available.

Fortunately, I’ve been through this before, in 2004; it’s inconvenient but not life threatening.   And the nice young woman in control of my appointment destiny advised me that if I needed to come in sooner, I should go to the emergency room.

I’m too stubborn for that.  Besides, ER’s are for sick people and I’m not sick.

Hopefully, I won’t have to eat those words.

← Many are cold, but few are frozen
Stream of thought : Cliché’s →