So this is the end…or is it? 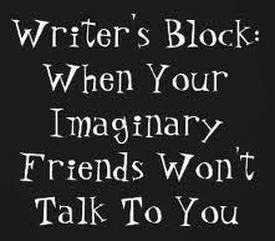 I wish they didn’t.

“Stopped suddenly” doesn’t cover it, so I’m going to use one word that seems more fitting.

So I dove, head first into a bag of cheddar and sour cream baked potato chips trying to find solace.

After I dropped the bag of chips on the floor and my dog ate them, I went to sleep.

There’s one character…a woman with strange green eyes who puts this cat to shame:

She invaded my dream time as if she owned the place, and said, “It doesn’t have to end this way.”

I suppose for most people, having an imaginary character talking to you at 2:18 in the morning is grounds for institutionalization.  For a writer, it’s a form of purgatory you come to expect if your characters are worth the paper they’re printed on.

She must’ve known I was about to kill her off.

“How do you think it should end?”  I asked, sitting on a cloud next to hers.

“Don’t listen to the Ruler of the Galaxy.”

That’s the moment I wondered why I was comfortably sitting, entirely naked, 10,000 feet in the air while a potato chip fart mixed with cat poop wafted past my nose.

Fat White Dog slept soundly, her rear only inches from my face.

So now, at this moment in time, I’m sipping on Earl Grey tea with honey while Fat White Dog chases whatever dogs chase outside at 2:30 in the morning, wondering which of the 95,395,186 former Rulers I’m not supposed to listen to, or if it’s one of the 6 co-Rulers?

I beg to differ.