I asked my dogs yesterday about their new year’s resolutions.

The 3 Muttsketeers :  We resolve to stop chasing the cats.

(They’re new, but say they like the food and…hey, it isn’t the pound).

Fat White Dog:   I resolve to eat kitty gifts out of the litter box more often.

(Not one of my favorite farts (if there is such a thing), especially when she’s riding in a car with us.)

(He’s sweet but has the brain power of a turnip).

Then I asked my two basket cases.

Dingo Dog:   I resolve to sleep on mom’s bed more this year.

(Is it possible for a dog to spend more than 20 hours on a bed?)

Errrrr Dog:  I resolve to add more “R’s” to my Errrrrrrrr’s

(Smart dog — that’s one resolution he’ll have no problem keeping.)

Sweetest dog in the word:   just smiled at me and said he just wants to make his humans happy. 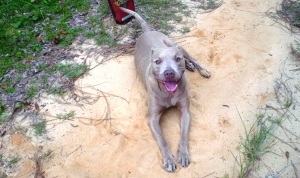 Excuse me while I quell a canine riot.