When size no longer matters.

Yesterday, I was talking with someone in her 20’s at work about size…after the 3rd comment of the day that went something like this, “You’re so thin/slender/tiny.”

It’s easy to tell when someone doesn’t believe you.  There’s a subtle smirk and the eyes go slightly to the left or right (being dyslexic,  it could easily be my other left or my other right).

That’s when I added in the zinger:  “I know because I still have clothes from that era.”

Fast backward to the Polyester Period

Were it 1970, my doctor would be putting me on a diet.  After all, size 14 was considered a bit chubby in those days.

I’m not saying that having a little padding is a bad thing, and certainly not as bad as the bulimia and/or anorexia that became epidemic among women in the 1960’s and 70’s who were trying to look like this.

Undoubtedly, I’ll find it again in a few years when I’m looking for something else. 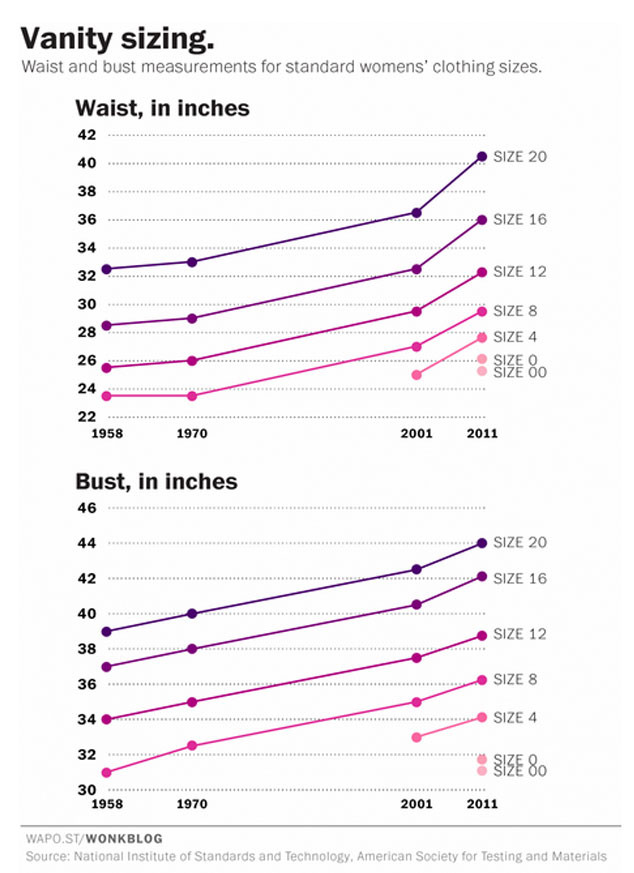 Here’s another factoid to munch on (from:  https://www.cdc.gov/nchs/fastats/obesity-overweight.htm)

Yes, almost 3/4 of our population is overweight or obese.

Now, I’ll delve into the psychological factors I face when people tell me, “Your so slender.”

When you get older, the fat has a mind of its own.  Presently, it’s centered in my chest and stomach, an obstacle when I’m trying to touch my toes.  Inconvenient, but not life threatening.

And it’s not like I’m going to be the next supermodel.

14 thoughts on “When size no longer matters.”