A cure for writer’s block (hopefully) 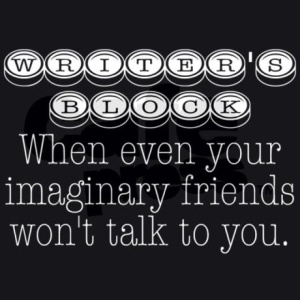 Without hesitation, I’m the first to admit that writer’s block has been my constant companion for the past few weeks…months…I’ve lost count.

I asked for help from readers:  How do you get past your writer’s block?

Andrew http://andrewsviewoftheweek.com/ provided me with the advice that is the catalyst for this post.

When writing gets difficult, I write about why I can’t write.

Sometimes there is something emotional going on in our heads that we need to clear out before we can write.

The second sentence was spot-on.

There are very successful blogs that started when I began mine.  I don’t care that I’ll never have 100 likes in a day, and anyone who reads my blog understands why.  Writing a blog, and writing replies, is more important than conforming to the guidelines needed to have a blog with 100,000 followers and a S#!tload of awards.

If I can make a person laugh, give someone hope, or provide a good example of what NOT to do that rescues someone from embarrassment, that is my reward.

As far as genuine awards go, this is as close as I’ll ever get to one: 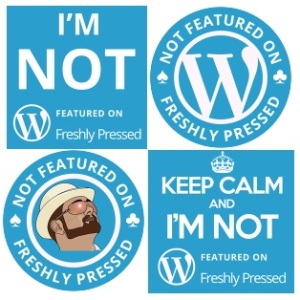 The blogs that have 100 likes a day have ONLY ONE THEME:  Cats, dogs, spirituality, stocks/business, humor, rant, poetry, dyslexia, otherwise-not-specified (sorry, couldn’t resist a bit of psychiatric humor).

My blog is like a Dagwood sandwich of possibilities.  One day it’s the grilled cheese of rants. The next it might be a meaty prime-rib of spiritual thought followed by a light-hearted salad of whacky ideas and perhaps a bittersweet key-lime pie of haiku or poetry to complete the virtual meal.

IMMINENT DISASTER ALERT:  Excuse me a moment while I lift my sandwich from my side of the desk.  Other brother coon cat is marching over my keyboard so that he can lay on the mail I haven’t opened yet.  At least he didn’t delete everything and turn off the computer.  Cats seem to be good at that, you know.

Back to the emotional goings-on inside the head that needs to be cleared out.

While I was writing a 68,000 word novel for NaNoWriMo in November, and while I was visiting my sister, the editor, in December and January to help with book sequencing, the level of medication I was taking for my thyroid was too low.  I had every symptom of hypothyroid except for congestive heart failure.  It means, that had I not called the endocrinologist for an appointment, I might be undergoing an autopsy right now instead of writing this pitiful post.

There is nothing like contemplating your mortality, even if it is the victim of poetic license.

THE OXYMORON OF GOVERNMENT INTELLIGENCE:  Last Tuesday, and again yesterday, auditors came to the office where I’ve been subcontracted to do one thing:  Write over 200 plans a year.  I’d say the auditors were merciless, but that would be kind.  They made “picky” look like “slacking off.”  I’m not going to bore you with the details, I’ll just add that the rules changed in January – while I was in California for editing.  When I arrived back at the office, my brain skimmed over the offending rule change.  But I failed to internalize the in-your-face reasons why something that illogical could possibly happen.

What was I thinking!  It’s government, for God’s sake!  Their motto is: 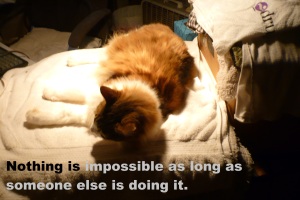 I’m writing this the day after the agency was ground-zero for the bizarre game show I’ll call, “Let’s Make Them Squeal.”  You don’t win anything, they just take back $7000 because one piece of redundant paperwork wasn’t in a file.

You have to understand that I’m not one to keep my opinions to myself. During the time the auditors inhabited the conference room closest to the coffee machine I heard, more than once, “I’m only the messenger.”  So I said something like, “If you’re a messenger, take a message back to the people who invented this travesty.”  The answer?  “You’ll have to call them about it yourselves.”

Obviously this isn’t instant messaging, where there’s an actually a 2-way conversation.

Anyway, it’s over,   the cat just walked back to the other side of the desk and he’s so cute it’s hard not to forgive him for what he did to me on Sunday.

CATastrophic DISASTERS:  Usually, I’ll take a full glass of water into the kitchen as a precaution.  Unfortunately, with the Monday audit looming, my mind was firmly floating in the ozone and I forgot.  Other Brother Coon Cat (OBCC) had moved from his side of the desk over to mine.

I sat on the towel I always place on the chair, sighed in relief that nothing happened to my glass, and turned to start typing.  That’s the moment his foot shoved the water onto the keyboard…and the floor, and my lap, and the towel protecting the chair.

Excuse me while I digress a bit, but there’s a back story here.  Years ago, I bought used Rosetta Stone disks because I wanted to learn Portuguese.  After getting to the end of the series of lessons, I wanted to start learning how to write it and not just speak it at a first grade level.   In my enthusiasm, I purchased a keyboard the people in Portugal would use.  Unfortunately, you can get software that converts the keyboard from English to Portuguese, but unless you’re in Portugal, the keyboard is useless.

Two years later, I remember 3 phrases in Portuguese:  “Where is the bathroom,” “How much does the beer cost,” and “I understand.”

You probably guessed already that the only working keyboard left in the house is that @#^$%@ Portuguese keyboard. Thankfully, I touch type or I’d be in more trouble than a long-tailed cat in a room full of mouse traps.

Next on the agenda?  Searching for the same model PS2 keyboard that died from drowning.  If you think I should try to resuscitate, it’s not the first encounter  this ancient piece of technology has had with a cat foot.  A year ago, the other coon cat in the family pushed a glass of hot Irish breakfast tea with a tablespoon of honey onto the same keyboard.  It never recovered from typing out 11.+1 on the keypad for the remainder of its miserably overworked life.

So there you have it…the 1st world version of “something emotional going on.”  Maybe in a few days I’ll tell you about the rat OBCC brought me as a gift.  Do you have any idea what it’s like to step on something squishy and find that rat guts are soaking into your Dearfoam slippers?

I think I’ll stop before I start spiralling down into writer’s block…again.

9 thoughts on “A cure for writer’s block (hopefully)”