Been there, Done that, Don’t want to live it again.

I’m often asked, “Why don’t you want to live in California?”

Aside from the fact that it’s twice as expensive to live in as north Florida and it should be designated as the capital of planet PollyAnna, there’s another reason I’d rather visit it than live in that state again.

Last week, the California desert had 3 days of rain with gusty winds and 40F – 50F weather. It started with a misting that mixed with the dirt and oil of a thousand paws cavorting for months over porch tiles. Then, the relentless drizzle and dark clouds hovered over the valley. Dime-sized drops fell on the car windshield under hydroplane conditions.  A mere 5 years ago, the street in front of my sister’s house flooded.

I don’t want to be in her house when the mud slide hits.

From nbcnews.com
Not my idea of a mud bath.

On top of that mountainous reason (if you’ll excuse the pun) I barely missed being in the office on the San Francisco Marina during an earthquake in the late 1989. 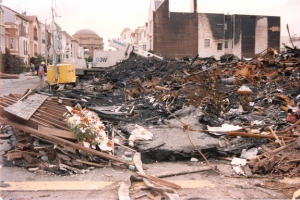 This was not too far from the office

Everyone who remained in the office found themselves standing in 3 inches of dust and vermin poop that had filtered onto the floor from the suspended ceilings. Several had respiratory problems stemming from it.

How had I missed the pleasure of life-long lung ailments? By driving my boss over this bridge to a meeting a mere 2 hours before part of it collapsed during the quake: 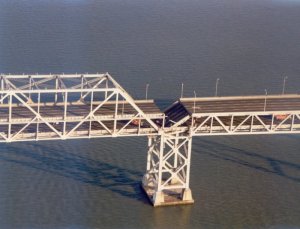 I’d moved a few hours north of Sacramento when another quake hit a few years later. It was centered in Eureka, we lived 140 miles away, but the force of it made the bed shake. 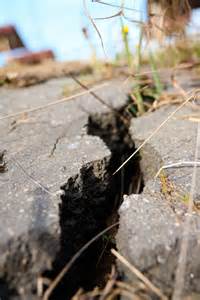 This isn’t a huge crack in the earth but it would probably be the last piece of Earth you’d ever stand on.

Yes, at the end of the California rainbow is a gianormous earthquake ready to happen.  And I don’t want to be there when the slit hits the van.

On a positive note, the sunsets are incredible. 🙂 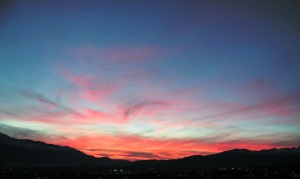 I took this picture from my sister’s back yard the evening before leaving California. I aim for the colors, always surprised at the results.

2 thoughts on “Been there, Done that, Don’t want to live it again.”