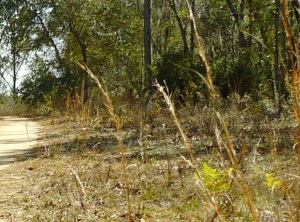 Here I am again, God, looking for answers while burning my mouth with peppermint tea.  The self-impaling mind has been on overdrive recently.

Your light sensitivity is on overdrive, too.  You’re sitting at the keyboard wondering what to type again.  Don’t overthink it.  Don’t worry about how it’s going to come out.

Yesterday I was trying to get the year 2014 prescription information.  First, it asked for my birthday, but did I see that?  Noooooo… What I saw was “prescription date” (any prescription date).  Let me ask you–how many prescription dates go back to 1920?  I’ll tell you how many.  None!  Did I take that as my first clue?  No. The system had to put in red letters “wrong birthdate” before I “got it!”  That’s the way the last few months have been for me.

No.  That’s the way your entire life has been for you.

You’ve been praying for clarity.

That I’ve lived my whole life in a fog?  That I’d make a lousy supervisor?  That if a clock were as wound up as I am it would explode with the force of a 30 megaton bomb?

Your mother prayed for you a lot.

So you’re saying that clarity has to start somewhere and it might as well be with me?

You have to start taking more vitamin see or B12 again.

Funny.  I get the god of puns to answer my prayers.

You’re sitting at a typewriter typing the first thing that comes into your mind.  You have a sense of humor, you’ve simply buried it under a ton of needless anxiety.

That’s as reassuring as a politician’s promise.

You don’t have Alzheimer’s or dementia.  Stress can make the body crave sugar, lose the ability to concentrate, and not be able to sleep at night.

I did have 5 hours of sleep this morning. A few days ago I had 8 full hours of sleep.  It was like someone took the fog out of my brain and allowed the synapses to start talking to each other again.

Does it help to know that the root of your problem is insomnia?

Earth is already a pit of hell.  I said before that you did it to yourselves.  You’re hardwired at birth to understand the secret is to love with all your heart, soul and mind.  That is the wellspring of strength.  You people know that when you love your neighbor as yourself it means that you don’t bother people until they threaten you.  Then you kill them.

You were starting to fall asleep.  Now you’re listening.  It shouldn’t take sword fights, blood and guts spilling everywhere to get people’s attention.

I’m tired.  My body and mind feel like they’re sludging through a swamp wondering which is going to eat us first—the piranha or the alligators.

You’re a ton of help snugly resting on my shoulders.

That “ton of help” is a culmination of all the worry, doubt, fear and tiny useless thoughts that you refuse to cast off your own shoulders.   As you frequently tell others, “No one gets out of this world alive.”

Glad you think so.  Prepare for more clarity bombs to burst all around you.  It won’t be pleasant, but reality never is. A journey toward truth is worth pursuing.

That can send a person into a padded room wearing a strait jacket and force fed high-powered medication.

Crucifixion by any other name.  You people are good at killing the messenger.

You know where I’ll be if you need me.

7 thoughts on “Looking for Answers”