That’s the thing about motherhood. No matter how ugly they are, you still love them. 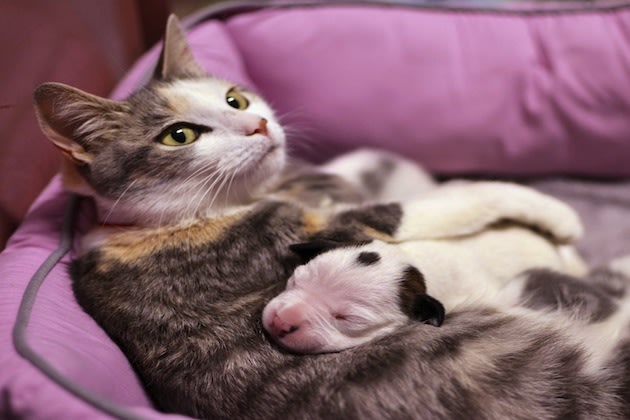 A pit bull rejected by its mother is being taken care of by an unlikely surrogate: A mama cat.

When Noland was merely 1 day old, he was taken to the Cleveland Animal Protective League without his mother.

“Obviously a 1-day-old puppy, even in the best of circumstances, [the chance of survival] is pretty iffy,” Sharon Harvey, president and CEO of the CAPL, told Yahoo News by phone. “We want to give him every chance we could.”

The staff decided Noland’s best chances were to join a litter of nursing kittens. The question: Would the cat accept a puppy into her brood of four? Amazingly, mom-cat Lurlene welcomed the outsider.

The image says it all: The pit bull is being nursed back to health by a very tolerant feline.

← Move over Guantanamo, you have competition.
California dreams, schemes, & memes →