The Dumbing of America – Part 1 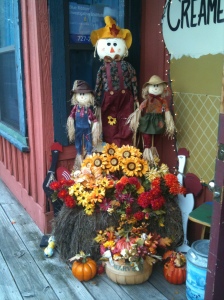 Please see the original poem Dumbing of America by Vickie Kayuk which will be published on April 12, 2013 at “Where Do I Go From Here?” as part of the NaPoWriMo Challenge.

This is a true story.

My brother’s daughter was having trouble in math and my brother is an engineer with excellent math skills so he offered to read the problem and help her figure it out. After reading it four times it still made no sense to him. He called the teacher, a person he went to school with and respected, and asked what kind of math his daughter was being taught, since the question didn’t seem to have anything to do with math.

The teacher informed my brother that it was the ‘new math’ and that he had argued with administration that it was not really math. He felt his class needed to learn traditional math, possibly with an option to take this intuitive math later on. Admin told him that this was the curriculum and he had to stick to it; standard education regardless of needs of individual classes or students. He tried to point out that this math was not helpful to the students and was asked, pointedly, if he valued his job.

“Well, what is this math good for?” my brother asked. “Will it help her figure out how much paint she needs for one room if she puts on two coats? Will it help her balance her bank account? Can she calculate the amount of fabric she needs to make new seat covers for her dining room chairs?”

“No,” the teacher responded. “As far as I can tell it’s not really good for anything. I only teach it because it’s part of the mandatory curriculum and I have no choice. I would rather spend more time teaching them valuable information or formulas, but I’m not allowed to do it.”

My brother thanked him and hung up, but he is a thinking man so after a few minutes he turned to my niece and asked, “So….What can you tell me about Hitler?”

“Hitler? What’s that?” my niece asked. My niece was in 11th grade at the time.

As you can well imagine, my brother is not a happy man. He was slapped in the face with knowledge of the deliberate dumbing down of America. Anyone who does much reading on the internet knows it’s going on. You see it everywhere. And it’s not the fault of the people who are typing up blog entries with 25% of the words misspelled, improper sentence structure, a shortage of vocabulary, etc.

It isn’t even the fault of the education system. A system that can suck kids in at one end and spit them out at the other, after 12 years, without enough education to get a job or get into college. A system that no longer tries to teach, but gives students an A for the day just for showing up. A system that hands out bumper stickers to parents who proudly display the ‘My Child Is An ‘A’ Student’ sign for all to see when they know their 9th grader can’t even read street signs. A large percentage of them don’t even speak English good enough for 50% of the rest of the country to understand them–and I’m not talking about foreigners, I’m talking about children born in this country.

It is the fault of the parents. Are we so blind, busy, uncaring, lazy, uneducated or just plain stupid that we are willing to accept bumper stickers rather than demanding a good education for our children? Or are we just so complacent in our trust that the school system that is run, not by teachers and principals, but by politicians and government agencies, has the best interests of our children at heart?

What do you think? I would love to hear your comments and stories.

← What do you think—psychic or psychotic?
What Words Define You? →